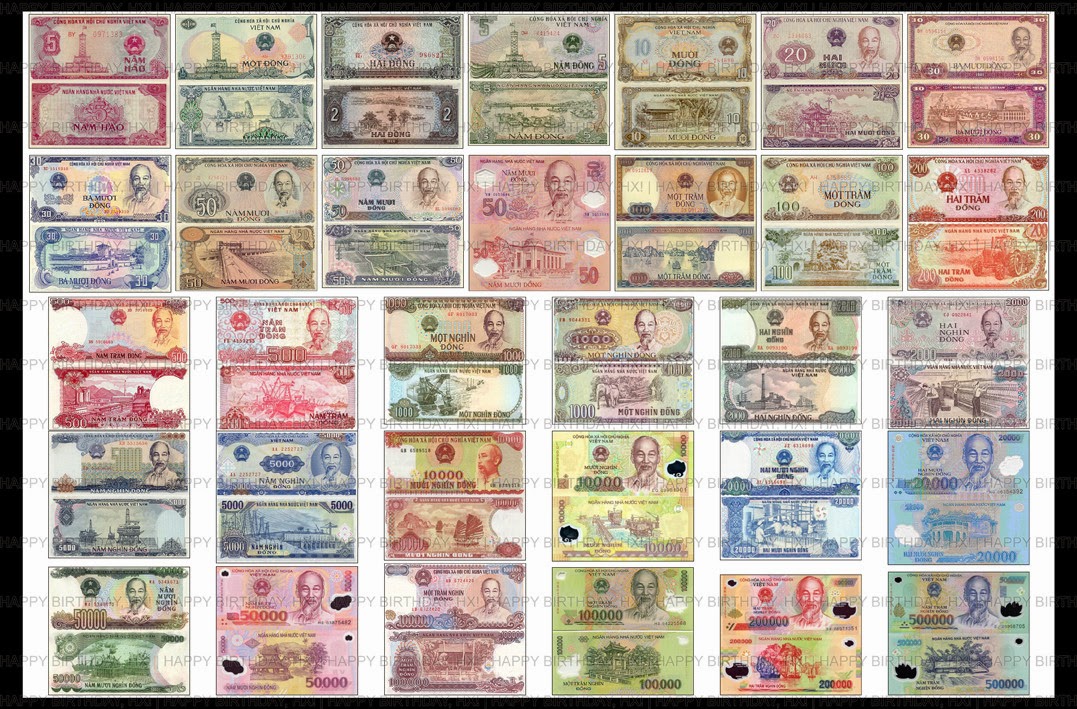 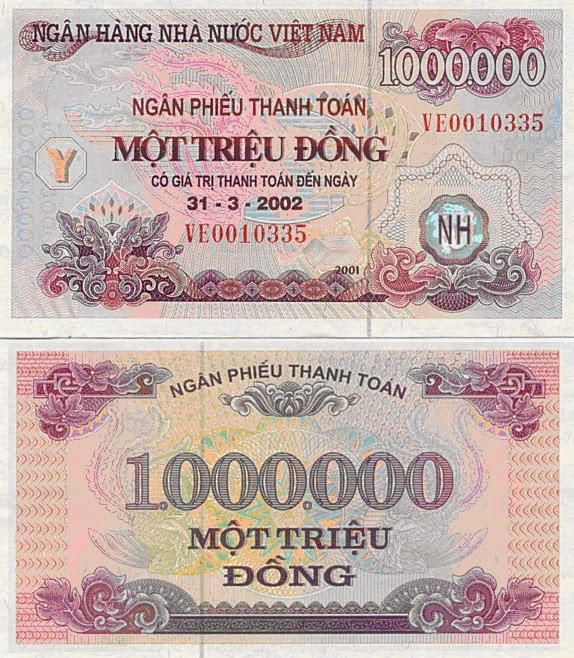 Vietnam currencies in the History

In 1946, the Viet Minh government (later to become the government of North Vietnam) introduced its own currency, the đồng, to replace the French Indochinese piastre at par. Two revaluations followed, in 1951 and 1958; the first was at a rate of 100:1, the second at a rate of 1000:1.

Notes dually denominated in piastres and đồng were issued in 1953 for the State of Vietnam, which evolved into South Vietnam in 1954. On September 22, 1975, after the fall of Saigon, the currency in South Vietnam was changed to a “liberation đồng” worth 500 old Southern đồng.
South Vietnam banknotes collections from 1955-1975 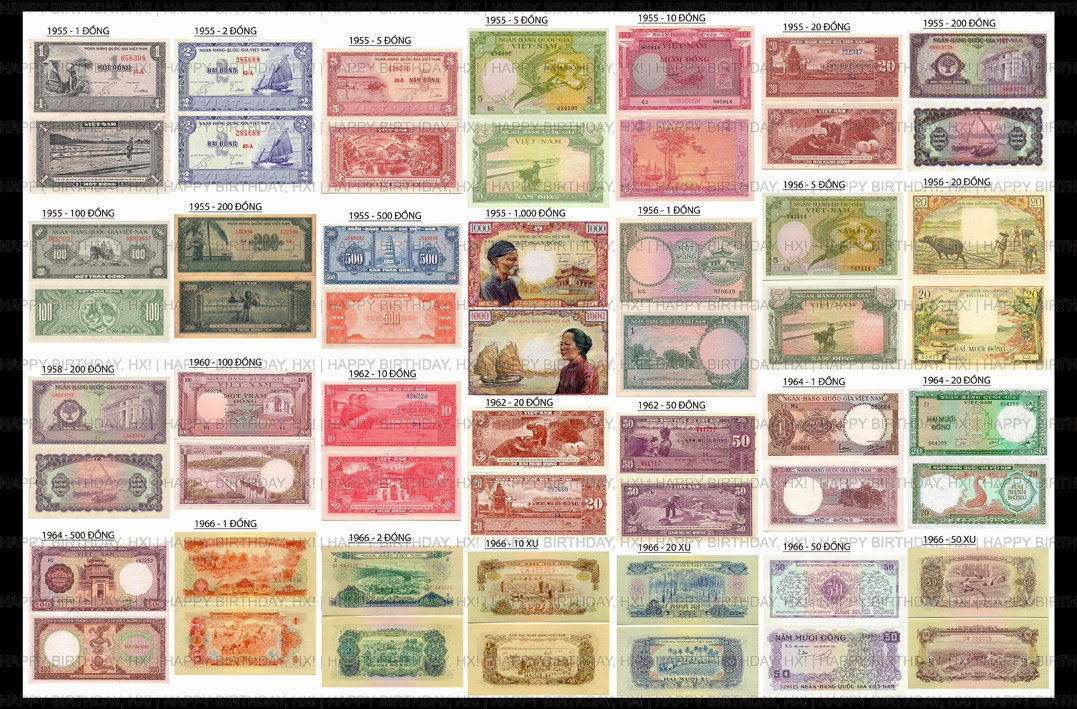 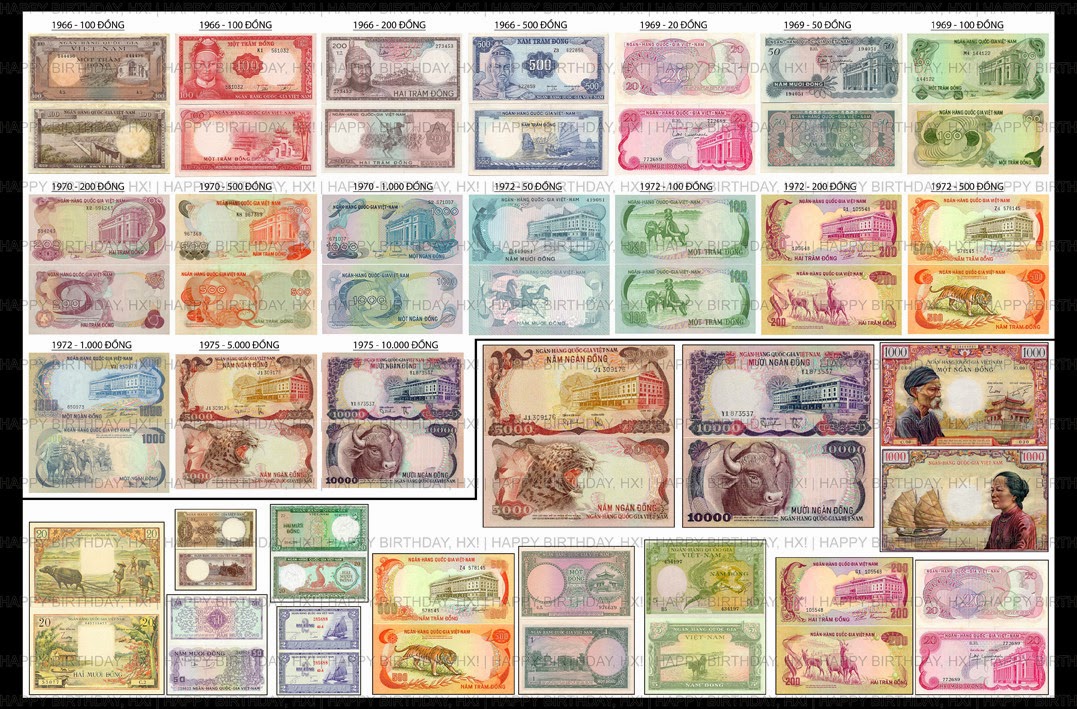 After Vietnam was reunified, the đồng was also unified, on May 3, 1978. One new đồng equalled one Northern đồng or 0.8 Southern “liberation” đồng.
On September 14, 1985, the đồng was revalued, with the new đồng worth 10 old đồng. This started a cycle of chronic inflation that continued through much of the early 1990s.
Posted by Unknown